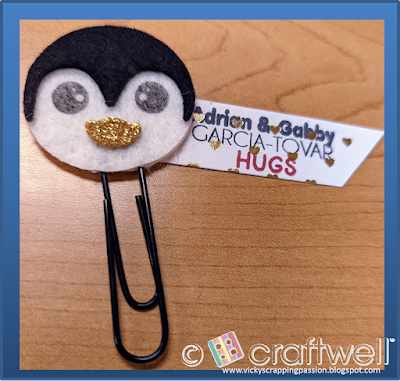 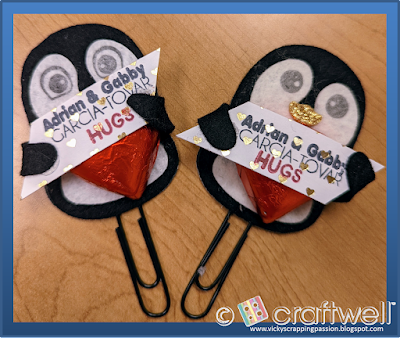 This is Veronica from vicky's scrapping passion, sharing with you my next post for Craftwell.

For this post, I made some bookmarks for my children's teachers for St. Valentine's Day: 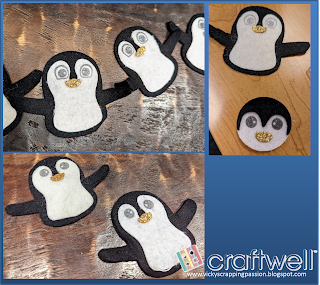 I found these cute deep cut dies from Taylored Expression (TE) for making felt bookmark critters for Christmas, and made these ones for the Fall and Christmas Bazaars: 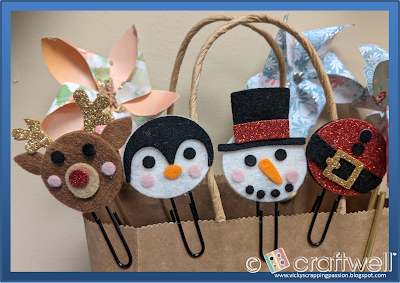 I particularly liked the penguin.
So, when I saw that TE made some penguins dies in Valentine's theme, I had to have them and wanted to see if they cut felt as well and yes, they did using my SNAP. I had to put a piece of cardstock in top of the sandwich and run it twice, but the SNAP got it right. Best is to use the felt sold by TE, but I run out and used some from Michaels, which also worked fine, but took more effort.
In short, I died cut the felt pieces, cutting a piece of black cardstock for the penguin body (no the arms) as well (in this case, I didn't need to put a piece of cardstock in top of the sandwich). I was able to cut all different pieces I needed in the same plate/run. I also cut some of the Christmas Critters Penguins.
Then, I glued the felt pieces together and used the included eye stamps for stamping the eyes (so much nicer than gluing felt eyes): 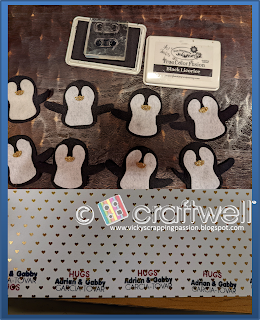 Then, I stamped on a DCWV heart foiled paper my children's names and the included "HUGS" sentiment. I cut those in slanted strips.
Then, I assembled the bookmarks, using the black cardstock as back, I hot glued the big paperclips, and hot glued to the back of the felt penguin. Then I hot glued the arms, hugging the sentiment strips and to hold the chocolate hearts: 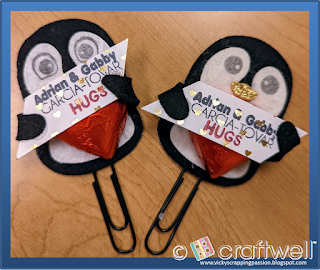 And made some of the Christmas Critters Penguins as well: 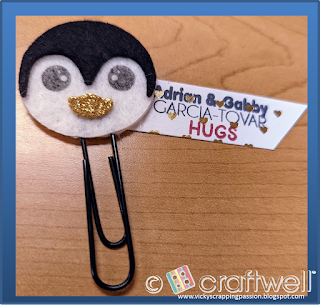 I just hot glued the sentiment strip to the back.
Very simple and cute. I made 36 of them quickly: 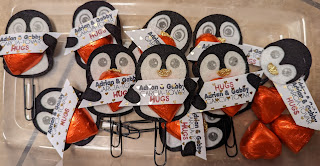 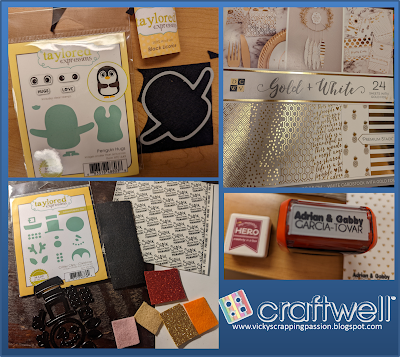 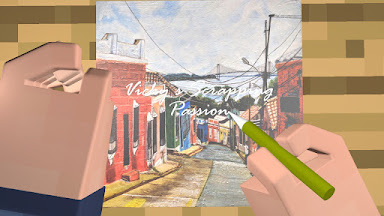